My colleague Julia is a sustainability champion and much can be learned from her. She impresses me time and again with her subject matter expertise, and I cannot thank her enough that she was willing to compile the facts and figures concerning the sad topic of overfishing and to share this disturbing information with us. What gives me hope is that each and every one of us can make a difference. No matter how small the contribution, every step counts. But please read for yourself.

Overfishing is one of the world’s biggest sustainability problems, with far-reaching implications for the future of our oceans and the globe.

Here are three definitions that are being used by governments and organizations today:

According to the UN Food and Agriculture Organization (FAO), over 25% of the world’s fish stocks are either overexploited or depleted. Another 52% (at least, some reports say that the number is closer to 63%) is fully exploited, and these are in immediate danger of overexploitation and collapse. A total of 80% of the world’s fisheries are fully- to over-exploited, depleted, or in a state of collapse. Worldwide, 90% of large predatory fish stocks are already gone!

All this points to two very serious sustainability problems:

Unfortunately, there is also the issue that not only fish are affected by overfishing. In addition, marine mammals, sharks, sea birds, and other non-marketable fish species are being overexploited, killed as bycatch and discarded and this can be as much as 80% in some fisheries.

If depletion of the oceans continues at the current rate, there will be no fish left by the year 2048. We need to think of what this would mean for future generations and humanity, not only the oceans, which are on the verge of being ruined. In our children’s lifetimes, fish may disappear completely!

What can be done?

Individuals can make a difference

Cut down or totally eliminate your consumption of fish and fish products! Not only is this a good sustainability practice, this is also a wise choice for health reasons – the following species are known to have high mercury levels: King mackerel, marlin, orange roughy, shark, swordfish, tilefish, ahi tuna, and bigeye tuna, albacore tuna, most sushi fish. Pregnant women are advised to avoid these fish completely. Read more here: https://www.nrdc.org/stories/mercury-guide.

Even salmon is highly problematic, which you can read more about here: https://www.mindbodygreen.com/0-14180/5-reasons-you-should-stop-eating-salmon.html

On August 2, 2017, the New York Times published an article announcing that there has been a first step taken toward a possible global summit on the issue of protecting the oceans. In July of this year, United Nations diplomats agreed that negotiations should be set up to discuss and regulate waters outside of the national jurisdiction of specific countries. These negotiations could begin as soon as 2018! Read more here: Nations Will Start Talks to Protect Fish of the High Seas.

The soul always knows what to do to heal itself. The challenge is to silence the mind. 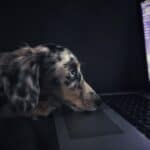 Are you rolling your eyes (enough)? Blinking is great too 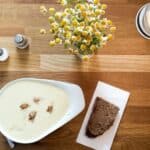 Mindful Eating – Slow Down and Enjoy Your Food More 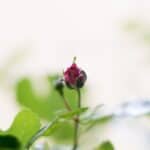 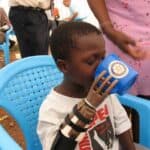 What You Can Do to Stay Calm When Things Go Wrong